Will my Florida DUI conviction prevent me from getting a Driver’s License in another state if I leave Florida? 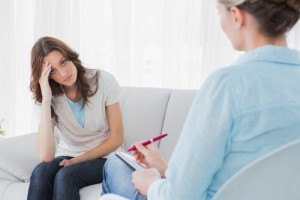 I recently had a person convicted of her third DUI within ten years of at least one of her two prior convictions contact me about a potential promotion that would take her out of Florida. This would seem like great news for her. She's been sober for a year and her personal and professional life are blooming. That is until her ‘new' state's DMV told her she could not get a driver's license there until she satisfied ‘whatever problem she had in Florida.' Well, her problem is she's under a ten-year Florida DUI license suspension and Florida has a red flag next to her name in the national registry.

That's right. There is a national registry whereby each state's DMV shares information about its drivers. Because this lady is under suspension in Florida, she cannot get a license in any other state until her suspension here has expired and she has satisfied any obligations she might have to the court or to the DMV.

For multiple offenders who have long suspensions (five years, ten years, or lifetime) but are eligible for a hardship permit, Florida requires enrollment in its supervisory program. This program mandates the installation of an ignition interlock device that monitors alcohol consumption before it will allow the car to start, and the attendance at an interview, in person, to one of its locations within the state each and every month, for as long as the suspension will last. So a person under a life-time suspension who is permit-eligible will have to stay in Florida forever or fly back each and every month for her in-person interview at DMV. Imagine how that might affect your future plans to leave the state.

For more information about this or any other Florida DUI issue, contact Florida DUI lawyer Lloyd H. Golburgh. He has been a South Florida DUI Attorney since 1996 and has achieved tremendous success in defending people accused of DUI. Call today for your free consultation.