How to Avoid A DUI Conviction 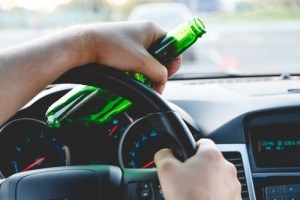 DUI (driving under the influence) is a serious offense anywhere in the world. In Florida, a first-time offender can receive fines and court costs on average of $1,200.00, up to 6 months in Jail, a license suspension of up to 1 year, and more.

If you are stopped by the police, be courteous and calm. You may make things worse if you get agitated.

Don't give the officer a reason to stop you in the first place.

Attempting to make a U-turn before entering a checkpoint will raise the suspicion of the officers manning the checkpoint.

Popping a mint or a piece of gum in your mouth just before meeting the patrolman will not mask the odor of alcohol eliminating from your body through your breath or skin. Also, it's actually a characteristic that will raise an officer's suspicion that you might be a drinking driver.

Tip 4. Sleep in the back seat.

If you have had too much to drink and decide to ‘sleep it off' in your car, make sure you move to the back seat of the vehicle and leave the keys on the floor in the back. Even though the law in Florida still considers you in actual physical control under these circumstances, an officer may give you the benefit of the doubt and a jury most certainly will.

Tip 5. Don't be disrespectful to the officer.

Kill 'em with kindness. Your attitude toward the officer will often dictate how you're treated. A humble driver will more often than not be treated more leniently than a cocky one.

Tip 6. What you say will be used against you.

Don't try to talk your way out of it. “You have the right to remain silent. Anything you say could be used against you in a court of law.” Your best bet is to say very little while still being polite and respectful.

If you've had too much to drink, it's best to respectfully decline all sobriety testing. You'll likely be arrested, but your chances of avoiding conviction will be greater if you don't provide the officer with evidence of your impairment.

Tip 8. If you've never been previously arrested for DUI, respectfully decline a request for a breath sample.

Florida DUI Lawyer Lloyd H. Golburgh has been defending those accused of driving under the influence for over 20 years. If you find yourself in the unfortunate situation of being so charged, call him today for a free consultation. Put his expertise to work for you. Don't let this one mistake or false accusation ruin your future.