How Do Authorities Prove “Physical Control” in a DUI Case? 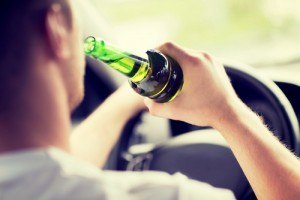 In order to convict you for DUI, the state of Florida will have to establish that you were driving, or ‘in actual physical control' of a vehicle. In order to do that, an officer must observe you in the vehicle with his or her own senses. A civilian witness's statement is insufficient. There is an exception.

There are often cases, particularly in isolated areas or during obscure times, where an accident may occur, and there are no witnesses. When the police arrive, the driver is out of the car. Under these circumstances, the police try to use circumstantial evidence to attempt to establish actual physical control. For example, we all know that cars cannot drive themselves. So if a car shows evidence of being recently driven, like a warm engine, for example, and only one person is nearby, the conclusion may seem obvious. That person will be arrested and charged, but without an actual eye witness, or a confession, the state may not be able to establish actual physical control.

Another common situation is when someone is in or on his or her car while under the influence but without intention to drive. Florida law makes no exception for drivers who don't have intent. It requires only that you were in physical control of the vehicle; i.e., the ability to commandeer it. So if you are impaired by alcohol and asleep in your legally parked car, you will still be arrested and charged with DUI. Only an experienced DUI defense lawyer will know how to defend this type of case.

If you have been arrested for a DUI in Fort Lauderdale, be sure that you hire a lawyer who knows what the prosecutor has to prove. Contacting an experienced DUI attorney is the first smart step to fighting the allegations in the police report and putting together a defense to your DUI charge. The Fort Lauderdale DUI legal team at Golburgh Law is available for a free consultation today.