Boating Under the Influence (BUI) Lawyer in Fort Lauderdale 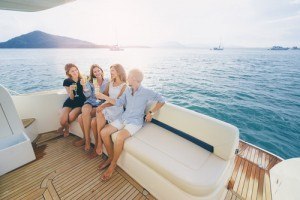 A Fort Lauderdale boating DUI lawyer at the Law Office of Lloyd H. Golburgh, P.A. can provide you with the help and defense you need in order to contest your BUI charge.  If you are convicted of boating under the influence, you will face the following consequences:

Charged with boating under the influence in Fort Lauderdale?

We at the Law Office of Lloyd H. Golburgh, P.A. have an intimate familiarity with the Florida legal system and will be able to support you throughout the duration of your BUI case.  We believe in being fully prepared for anything that the prosecution might throw at you.  That is why we will fully research and investigate every aspect of your case.  The better we know you and the circumstances of your BUI arrest, the better we will be able to defend you.

At the Law Office of Lloyd H. Golburgh, P.A., We are always concerned with your best interests.  We take our job very seriously.  And that job is to work vigorously to give you the best chance of a successful outcome.