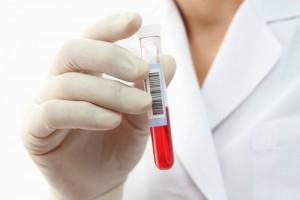 Under Florida law, there exist circumstances when a Police Officer can request or even compel a driver to provide a blood sample for the purpose of testing its alcoholic content. Under some circumstances, you can even request your own independent blood test. The following details such circumstances.

An officer can request a blood test in Florida if he or she has reasonable cause to believe you're driving or in actual physical control of a vehicle, under the influence of alcohol and/or drugs to the extent that your normal faculties are impaired, and you caused or contributed to a crash where there are no serious bodily injuries, you arrive at or are transported to a medical facility, including a mobile facility like an ambulance, and a breath or urine test is impossible or impracticable. You can elect to refuse this request so long as you have never previously refused such a request; however, expect to have your license suspended. If you have previously refused such a request, and you do it again, you will be criminally charged with a misdemeanor for refusing a second request for a blood test.

An officer can compel or force a blood draw from you (you will be held down and a needle will be forcibly inserted into your vein to draw a blood sample) if he or she believes you are driving or in actual physical control of a vehicle, under the influence of alcohol and/or drugs to the extent that your normal faculties are impaired, and caused a crash with serious bodily injury to or the death of any person.

In a situation where the implied consent does not apply and there is no serious bodily injury or death, an officer may still request that you voluntarily submit a blood test. However, he or she must affirmatively inform you that the law DOES NOT require that you submit to a blood test if you don't want to and that your doing so is completely voluntary.

A DUI arrest that includes any kind of blood draw requires the attention of a skilled South Florida DUI Lawyer. Fort Lauderdale DUI attorney Lloyd H. Golburgh at Golburgh Law is that lawyer. He knows how to defend a case that encompasses all that comes along with a ‘blood-draw' case. Contact Lloyd H. Golburgh today.