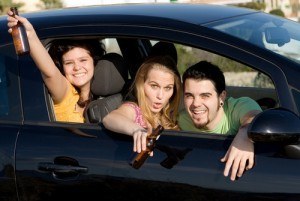 The Consequences of an Underage DUI

In the state of Florida, you are not allowed to consume alcohol if you are under the age of 21. If you are caught driving a vehicle with a blood alcohol content of .02 percent or higher, you could face significant penalties.

The Legal Penalties for Underage DUI in Florida

The Insurance Consequences of an Underage DUI in Florida

You may lose your insurance coverage immediately after being convicted of the charge. It is also possible that your insurance company will not renew your policy when it expires, and you cannot drive until new coverage is obtained. In the event that your policy is renewed, it will cost three times what it normally would. An FR44, also known as high-risk driver insurance, will be required.

The Personal Consequences of an Underage DUI in Florida

Those charged or convicted of DUI may have to disclose that fact when applying for college or applying for jobs. Even if you are acquitted, the fact that you were charged shows up as part of a background check unless it is expunged from your record. Any time you apply for a job, you'll always be competing with a person who has similar credentials, but doesn't have a DUI. That person will most certainly get the job instead of you.

If you have been charged with an underage DUI, talk to South Florida DUI attorney Lloyd Golburgh. He will review your case and discuss with you any defenses you may have. He may be able to help avoid the most serious consequences related to your DUI charge.