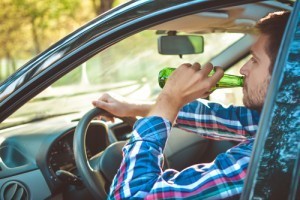 If you have been arrested for DUI in Fort Lauderdale, Miami, or West Palm Beach, you could be in serious trouble. That is why you need to speak with an experienced, aggressive and knowledgeable Fort Lauderdale DUI attorney as soon as possible. My name is Lloyd H. Golburgh, and I have been a successful DUI lawyer since 1996. I have helped countless individuals successfully navigate the Florida legal system, regardless of the severity of the charges they face. I am willing to go the extra mile to help enhance your chances of success.

You are in need of a seasoned trial lawyer who will fight to protect your rights. I can help you with any of the following:

DUI
Every state has their own regulations and penalties when it comes to drinking and driving. Florida prosecutors take DUI charges seriously. Those that are convicted face probation, court costs and fines, community service, vehicle immobilization, the ignition interlock device, a driver's license revocation, substance abuse counseling, insurance rate hikes and jail time. When a judge sentences someone convicted of DUI, he or she will weigh aggravating and mitigating circumstances.  Aggravators are property damage or personal injury, prior convictions, disrespectful behavior towards police officers, excessive speed, leaving the scene of an accident, excessively high breath alcohol level, etc.  Mitigators would be a lack of criminal history, no property damage or personal injury, no test refusals, cooperative behavior, etc.

A DUI charge is already serious. If there is property damage or personal injury, your judge will look at your case differently and your penalties will be enhanced. Restitution will be ordered for the alleged victim.  The proper handling of that alleged victim could have a dramatic effect on the outcome of your case.

Even though you do not need a driver's license to operate a vessel on the water, it is illegal to operate a boat while impaired. Defending against a boating DUI brings challenges that are different than defending against an auto DUI.  I have successfully defended clients against boating-under-the-influence charges and can do the same for you.

People are often confused when I tell them they can be charged with DUI even if they hadn't been drinking.  It's true. You can be prosecuted for DUI if you were driving under the influence of illegal drugs or even your legally prescribed medication.  Your DUI lawyer needs to know how to defend against a DUI-drugs prosecution.  I have the necessary experience and skill to help you if you've been charged with driving under the influence of drugs.

When you are arrested for DUI, the officer will take your driver's license and issue you a notice of suspension in the form of a uniform DUI citation.  That citation also acts as your temporary driver's license for the first ten days following the arrest.  In order to be able to drive on the eleventh day, you'll need to respond to DMV to request a hearing at which you can contest the suspension of your license.  If you don't request that hearing, or if you lose this hearing, you will be shut down from any legal driving for as little as 30 days to as much as 18 months, depending on your individual circumstances.  You will need an experienced DUI attorney to help you navigate the procedure at the DMV.  At Lloyd H. Golburgh, P.A., we have the skill necessary to protect your driver's license.

The most serious DUI charge involves the death of any human being.  If you are charged with DUI manslaughter, you face a mandatory minimum sentence of 4 years in state prison and a life-time driver's license revocation.  It is a felony, and in Florida, the state attorney's office will seek at least a 12-year prison sentence.  This is true even if you have no criminal record. Defending against this charge requires a high level of skill, experience, and care.  Your lawyer needs to know how to pick apart a traffic homicide investigation, uncover mistakes in the procedures law enforcement used when drawing and storing blood samples, and poke holes in the accuracy and reliability of the state's toxicologist's blood alcohol analysis.  At the DUI law firm of Lloyd H. Golburgh, P.A., we have that know-how.

As more and more women assume roles in society previously dominated by men, more and more women are being arrested for DUI.  Defending a female charged with DUI brings different challenges than defending males charged with DUI, because the Intoxilyzer used to test breath alcohol level is designed with the average male's lung capacity in mind. Also, women and men have different body compositions.  Specifically, women tend to have more water in their blood streams.  This means that women can appear more impaired than men who have consumed the same amount of alcohol.  You need a DUI lawyer who understands these differences.  We do.

If you have prior DUI convictions, you will face much harsher penalties if convicted of your current offense.  For example, a second DUI conviction within five years of any prior conviction brings a five-year driver's license revocation, an ignition interlock device, and a minimum ten-day jail sentence (with a maximum 9 months in the county jail).  A third conviction within ten years of any prior brings a ten-year driver's license revocation, the ignition interlock device, and a minimum 30 days in the county jail (with a maximum sentence of 1 year in the county jail).  A fourth conviction will be charged as a felony and subject you to a maximum sentence of five years in state prison.  Our lawyers at Lloyd H. Golburgh, P.A. have the experience necessary to help you avoid these harsh consequences.

Below are the minimum penalties you face if convicted of a first DUI offense:

The lawyers at the law firm of Lloyd H. Golburgh, P.A. will investigate every aspect of your DUI case and bring all of our skill and experience to bear in order to get you the best possible result.  If you were arrested for DUI in Florida, you don't have to face this situation alone. Call us today at 954-463-4646.  We can help.