On January 16, 2016, my client was traveling 50 miles per hour as he headed westbound on Oakland Park blvd. in Broward County.  The speed limit there is 35. He was pulled over by a Broward Sheriff's Deputy for that infraction.  There was no allegation of any other illegal or unusual driving behavior.  Upon contact with my client, the deputy smelled alcohol coming from the car, observed my client's eyes to be read, and his face to be flushed.  He did not observe any signs of actual impairment. There was no slurred speech, no blank stare, no difficulty and interpreting or responding to questions or commands, no difficulty in locating or producing requested documentation, etc.. Nonetheless, he ordered my client out of his car and gave him roadside sobriety tests, also called 'FSTs.'  My client did well on the FSTs, but was arrested anyway.

At the breath alcohol testing facility, also known as the BAT, my client went on video and performed the FSTs again. He did very well on these tests too, but he blew a .96 on the Intoxilyzer 8000.  The legal limit in Florida is a .08.  I took the case to trial because I believed that my client was not driving while impaired and that the jury would agree.  The deputy's testimony and the video clearly established reasonable doubt as to the allegation that my client was impaired.  My challenge was the unlawful breath alcohol level. Florida law says that driving with an unlawful breath alcohol level is automatic guilt, even if the jury doesn't find that the driver was impaired. The breath alcohol number is so hard for a jury to ignore.  So I had to convince the jury that the breath test results were flawed.  I did that.  I was able to get the state's expert witness to testify that she could not testify as to my client's breath alcohol level at the time he was driving.  You see, it takes on average anywhere from 15 to 90 minutes after one quits drinking before all of the alcohol he's consumed is absorbed from the stomach into the blood stream (and to the brain).  This means that someone could conceivably quit drinking a midnight, but not reach his peak blood alcohol level for another 15 to 90 minutes (This is an average.  Sometimes it takes longer).  Because my client was still within the average alcohol absorption time-frame when he took the breath test 49 minutes after he was arrested, the state's expert testified during my cross examination that, even if my client's .096 breath alcohol level result was accurate at the time he took the breath test, his breath alcohol level at the time he was driving could have been lower than a .096, at a .096, or higher than a .096.  The point is that she could not say with any certainty that he was over the legal limit at the time of driving.

The jury took 22 minutes to return a verdict of Not-Guilty. 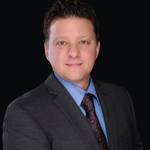